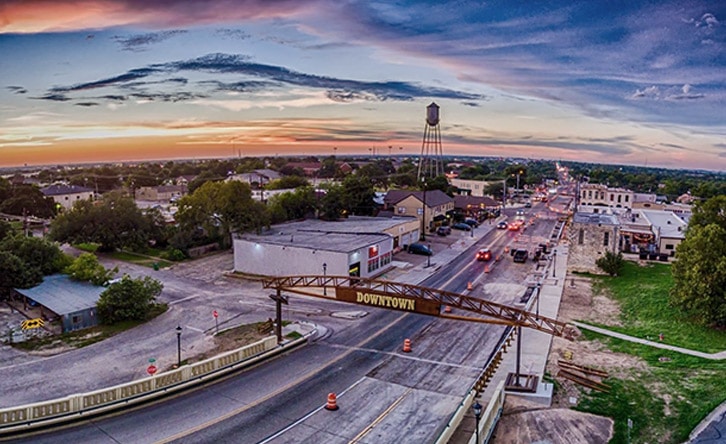 Round Rock Texas is known for offering residents a high quality of life while also housing a booming business economy just 15 minutes north of Austin. With just over 105,000 people, it’s not a small city, though its award-winning park system, thoughtful infrastructure, and gorgeous housing communities make it feel like the perfect place to put down roots and raise a family.

Round Rock is consistently found to be one of Texas’s safest cities and was rated as one of the Top 10 Best (and most affordable) Places to Live in 2016. And what’s not to love? In addition to being safe and affordable, the city’s recreational areas are widely praised as well with over 1700 acres of parks, trails, and natural spaces to enjoy.

Amidst all that beautiful greenery and thoughtful housing communities are many local businesses and some large tech firms including computer giant, Dell, and video game software developer Blizzard. If you choose not to work within the city, you’ll find most commutes to be a breeze with nearby connections to Interstate 35 and 79 as well as TX-45, TX-29, and TX-130.

Latest Listings in Round Rock

Every type of home can be found in Round Rock from attractive townhouses to single family homes and lavish estates. Styles vary widely and include traditional; contemporary; wood, stone or brick exterior; ranch-style; and more.  Houses range from approximately $170,000 to over $1 million.

Round Rock is known for housing some of the area’s most highly rated schools including:

Round Rock offers tons of fun and entertainment for families and individuals. With a vibrant nightlife, many great dining options, and family-friendly venues, there’s a lot to choose from. There’s the Rock’n River Water Park, the Dell Diamond (for baseball games), and the Round Rock Artspace, just to name a few. In addition to dedicated venues, the city is very proactive and takes the time to plan and host events for all ages year round.

Residents enjoy a bit of shopping variety with a bustling downtown area as well as the Round Rock Premium Outlets. Downtown Round Rock is a beautiful place for an afternoon or evening stroll and offers tons of local shops and boutiques to explore as well as different restaurants and cafes. The outlets feature well-known brands like Chico’s, Calvin Klein, Michael Kors, Carters, Nike, Guess, and others.