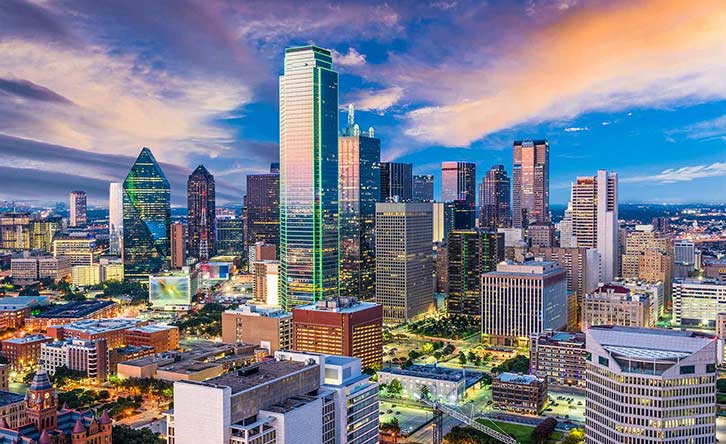 Dallas is one of the most popular cities in Texas with a population of more than 1.3 million and a footprint of nearly 386 square miles. It’s known as a “beta (+)” global city due to the diverse economy and the multiple Fortune 500 companies found within the city limits. When combined with Fort Worth, the Metroplex is the seventh-largest in the entire country.

Dallas is a foodie’s paradise with a high concentration of unique restaurants. It’s also known for the many shopping opportunities and the amazing Skyscrapers found throughout the city. This cosmopolitan city also offers a wide range of cultural activities, along with many recreation opportunities.

Dallas offers all types of real estate from luxury condominiums to golf course homes to new construction. Throughout the city, home buyers will find master-planned communities, walkable urban neighborhoods, luxury estates, waterfront properties, and plenty of growth. The city provides all types of lots and homes varying in size with many properties featuring large backyards and even some with acreage.